Reading Jason’s Religion post before writing this one and Jason has pretty much summed up my feelings towards religion. Although our thoughts are similar, my relationship with religion and God differs.

I put off writing this post, because I thought my feelings weren’t very unique. I think it’s just that not many people talk about not being religious but still believing in God. Sometimes it seems like they are only two extremes; you’re either religious or an atheist. What about the in between?

I remember being in school and telling my friend (who was a Christian) that I wasn’t religious and she replied with “You are an atheist then?”. I never took offence to it, I was pretty comfortable with my reasoning’s for not conforming to a religion. I know my background and I am comfortable with what I do and do not believe in, there was no pressure for me to hide my Agnostic beliefs. 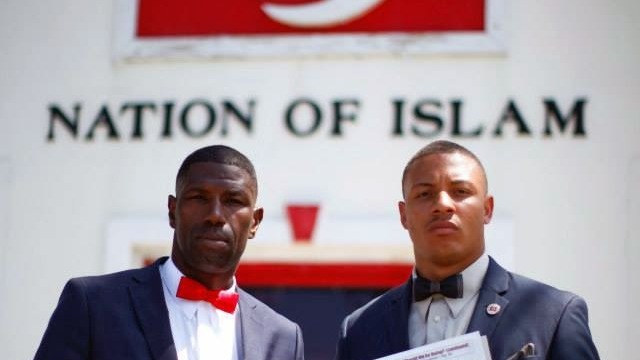 I spent the majority of my childhood surrounded by sisters and brothers from the Nation of Islam. My parents were Muslims at the time, which is why I have an Arabic name. That and my mum was adamant that her children have names with meaning.

I can remember the sound of my dad and the other brothers marching, the smell of bean pie, and the warmth of the sisters smiles. Growing up in that environment has definitely shaped the person that I am today.

I don’t know if my parents consciously made sure that we could follow our religion without feeling left out or what, but at the time I didn’t feel like my religion made it difficult for me to get on with life.


Now this might sound silly, stay with me. This was around the time where I still remembered how the prayer went. I remember I kept having nightmares, seeing family deaths, it was horrible. So after waking up close to tears one night I decided to pray for the nightmares to go and to this day that is still the reason why I believe in a higher power and the power of our minds.

Fast forward to now and I simply say that I am spiritual, not religious. I  just don’t agree with a lot of what religion preaches. I’m all about being yourself and doing what’s right for you and sometimes I feel like religion doesn’t encourage self expression without judgement. I like being open minded and I feel as if religion wouldn’t allow me to be as open minded as I am now.

I do understand that there is a sense of purpose, a sense of community and a sense of certainty with religion. I get that some people may need some direction and I can agree that religion tends to provide direction.

The whole life after death approach is something I can’t quite get my head around. I remember watching an episode of the Grapevine and they were discussing religion. After someone said they were atheist, one of the panelists was curious to know what the atheists reason for waking up every morning was if he wasn’t religious. Which is something I found really worrying.
I feel like religion, Christianity mainly as that is the religion I am most exposed to, Is about giving to get back. It could be my upbringing, but I give because I want to give, I am a generous person… sometimes too generous. I do not give in order to receive anything back.

If we come to find out that Heaven or Hell is a real thing then so be it. I just feel like it is a bit of an insult to think that God only sees you when you’re doing good. Humans are flawed, we will make mistakes and do stupid things. I think it’s better to be open to making mistakes and correcting mistakes instead of being punished.


I would not be the person I am today without the Nation of Islam, but I am who I am because I was able to take myself out of the religion and figure out what it is I personally agree and disagree with. My morals and thoughts have been heavily influenced by my upbringing, but I have made those choices for myself. I have questioned and looked into what I was taught so that I could come to my own decision.

I have found the law of attraction, which is not discriminatory or selective about who is and who isn’t living life correctly. This is something I am much more comfortable following and agreeing with.