A topic I have thought about a lot in the past couple of months. I can see myself in a very non-traditional relationship based on my views on men and relationships, so I was real interested to hear more about open relationships.

I also wanted to hear from ladies themselves to see what they had to say.

Scarlet Ladies events are held at 23 Paul Street, a Gentlemen’s club in London, about a 10 minute walk from Moorgate Station. I have never been to a gentlemen’s club before so I didn’t know what to expect, but I was looking forward to the experience. After the event I had a tour around the building and each floor has it’s differences, but there is a consistent elegant, old fashioned theme throughout I really liked. 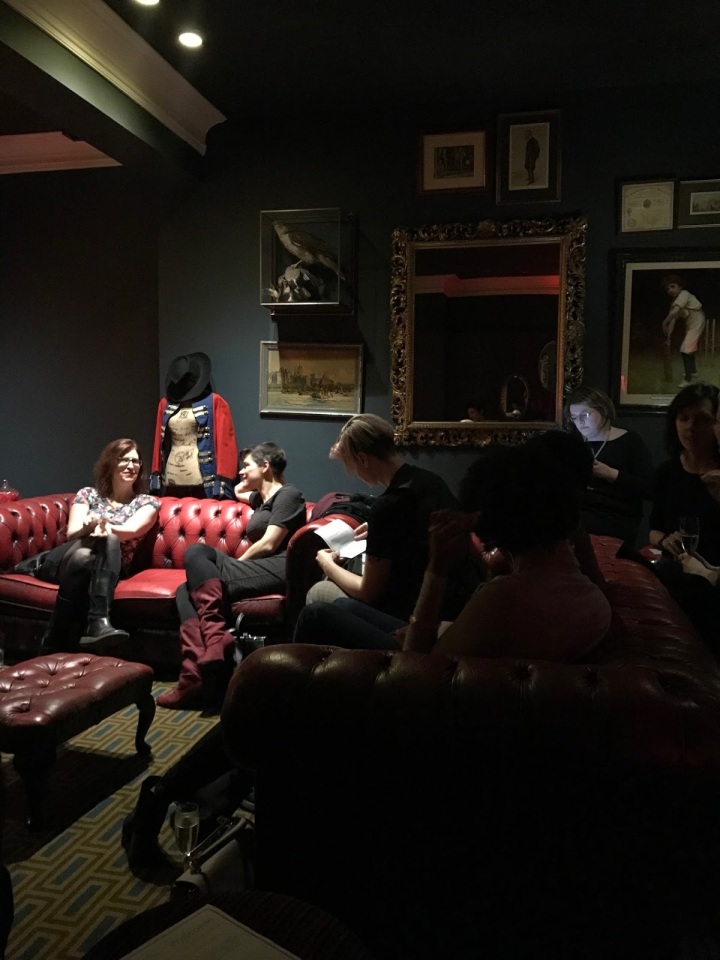 The room this event was in was behind a bookcase, super cool and gave me all the Narnia feels. We was in a small room with a real cosy feel to it.

Everyone was friendly and already members of Scarlet Ladies, so they already knew everybody in the room. I spoke to the lady sitting next to me, we spoke about what we expect from the event, what we do and some how got into a conversation about bras and nipples, as you do.

Monogamy: the practise of marrying or state of being married to one person at a time – Dictionary

Polygamy: the practise or condition of having more than one spouse or partner at one time – Dictionary

I felt surprisingly comfortable at this event, it must have been the comfy room, chilled vibes and just being around open minded women.

It was a really interesting conversation, discussing the importance of communication when in a polygamous relationship and handling jealousy. As well as looking at some of the advantages and disadvantages.

“Labels are for jam jars” – Alyssa

Being in this setting allowed me to learn some of the language used within the poly community. There are several different terms and phrases used to describe the relationship itself and others within and outside of that relationship.

I was intrigued to know how it all works, I was not aware that in a lot of cases people will have a primary partner. It was even more surprising to know that some will marry and have children with their primary partner whilst they are in a polygamous relationship.

Being involved with several different people at one time would definitely require excellent communication. This conversation highlighted the importance of it when in a polygamous relationship.

When going into a non-Monogamous relationship you need to communicate what your intentions are, what you want out of the relationship/arrangement, set some boundaries and discuss jealousy, if jealousy is an issue that is.

I really liked what Frankie said about wanting all the right qualities, plus security, safety, adventure and passion from one person is unrealistic. I think we are taught that we have to compromise on what is most important, instead of finding ways to tick all the boxes. I believe compromising only really works when both parties are actually happy with the end result, instead of it being more of a one-sided sacrifice.

Religion plays a massive part in why polygamy is not discussed as an option in most black households. I guess as always it bottles down to a lack of knowledge and understanding. If there was a better understanding of polygamy then it would be more of an option for black people.

I liked that the panelists discussed class, race, religion and how society introduces the idea of relationships into our lives. As a collective we are all taught the ways of a relationship, how it works, what it involves etc. There is just a lack of people and groups sharing the fact that a relationship is about the people involved, what works for one couple doesn’t have to work for another.

I will definitely be going to another scarlet ladies event, the maturity of the conversations was great and I liked how they explored all the different areas within this discussion.